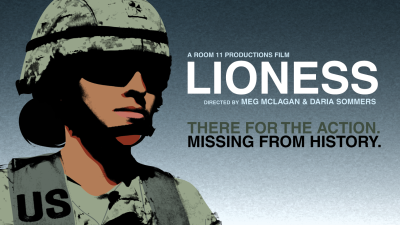 The Cerro Coso Veteran’s Club is hosting a FREE screening of the movie “Lioness” the untold story of the first women in U.S. history to be sent into direct ground combat,  on Thursday, November 14, from 6-7:30 p.m. in the Main Building Community Room 350.

Lioness presents the untold story of the first group of women soldiers in US history to be sent into direct ground combat, in violation of official policy.

Told through intimate accounts, journal excerpts, archive footage, as well as interviews with military commanders, the film follows five women who served together for a year in Iraq.

With captivating detail, this probing documentary reveals the unexpected course of events that began with using US women soldiers to defuse tensions with local civilians, but resulted in the women's fighting in some of the bloodiest counter-insurgency battles of the war. Together the women's candid narratives and scenes from their lives back home form a portrait of the emotional and psychological effects of war from a female point of view.

Lioness is the first film to bridge the gap between perception and reality of the role women in the military are playing in Iraq, capturing an historical turning point for American society.

Parking will not be enforced during the event that is FREE and open to the public.