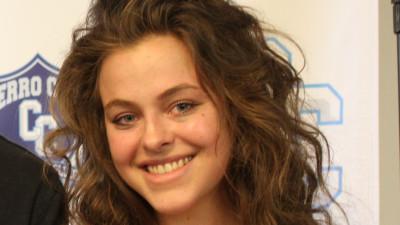 For over 30 years, the Dickens Project has brought together distinguished faculty, graduate students, and members of the general public for its yearly conference, the Dickens Universe. Hosted each summer on the beautiful Santa Cruz campus of the University of California, the Dickens Universe provides a unique opportunity for students and teachers of Dickens to interact with each other during a week-long program of lectures, seminars, discussion groups, workshops, social events, teas, films, and usually perfect weather.

Realizing the importance of community colleges in the California higher education system, the Dickens Project offers scholarships that sponsor student from California community colleges to attend the Dickens Universe. Cerro Coso student Carol Blair is one of three scholarship recipients for 2019. The scholarship will cover the cost of Blair’s attendance at the conference July 14-20, including registration, campus accommodations, and food, as well as a travel stipend. In addition to the general program of Universe events, Blair will attend the undergraduate seminar, which meets daily Monday through Thursday during Universe Week, and is eligible to receive 5 UC quarter units of credit through UCSC Summer Session upon completion of course assignments.

Now in its 39th year of operation, the Dickens Universe is a unique cultural event that brings together scholars, teachers, students, and members of the general public for a week of stimulating discussion and festive social activity – all focused on one or two Victorian novels, usually (but not always) one by Charles Dickens. This year Universe will feature Barnaby Rudge by Charles Dickens.

In this early and seldom studied historical novel, Dickens tells a powerful story of public violence and private horror. Set in 18th-century London, the novel is full of mystery and melodrama. Sons struggle against fathers, servants against masters. Religious controversy erupts into riots. Vivid characters enact their passions in a world deeply divided against itself, and a pet raven issues oracular statements that none can forget--or understand.

As a participant, Blair will experience the college lifestyle by living on campus, eating in the student dining hall, and have time to meet other participants who all have one thing in common – a passion for reading, talking with one another, and bringing Victorian culture to life.