Skip to main content
To preserve the health and safety of all students, employees, and the public, CCCC requires everyone to wear a mask and show proof of COVID 19 Vaccination by 11/01/2021. Coronavirus Update: Read more » 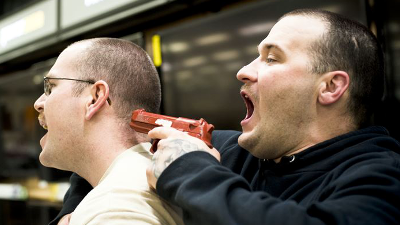 None of us expect to be taken hostage but the possibility exists. Knowing proven strategies can increase your chances of survival and enhance your wellbeing both during and after captivity.

If taken hostage, it is important you make the transition from victim to survivor.

If you hear or witness a hostage situation:

Be prepared to give the following:

If you are are taken hostage:

The dos and don’ts during a rescue:

10 Things You Need To Do If You Are Taken Hostage [medium.com]