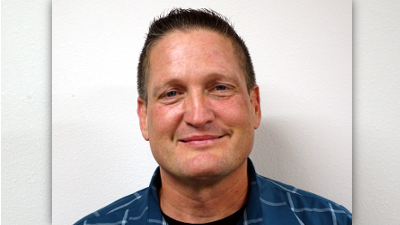 Dearmore is the new Program Manager for Safety and Security at the college. While with KCSO he was a security supervisor, training manager, and tactical supervisor for the Sheriff's Emergency Response Team. He also served 8 years in the U.S. Army National Guard as an Infantry Soldier. He and his wife are the proud parents of a 10-year-old daughter and a son serving our country as a U.S. Marine.

When asked what was the craziest thing he has ever done, Dearmore replied, "does being a dad to a pre-teen daughter count? I'll mark that down."

He graduated from Bakersfield High School and holds a degree in Business Management from the University of Phoenix. Dearmore is also a graduate from S.W.A.T. Command and Team Leader schools and several FEMA courses. His motto in life, "Our greatest glory consists not in never falling, but rising every time we fall."