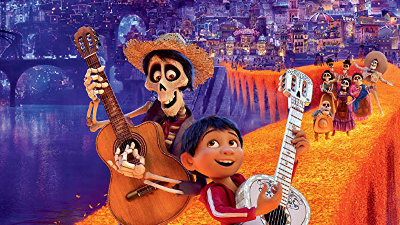 The Cerro Coso Latinos Unidos (United) club is celebrating Dia de los Muertos (Day of the Dead) with a FREE screening of the movie Coco on Thursday, November 1, 2018, from 6 to 8:30 p.m. in the Gymnasium Room 407.

In this Disney/Pixar animated film on Dia de los Muertos, young would-be musician Miguel crosses into the afterlife on a quest to meet his ancestor and understand his family legacy. The story, directed by Lee Unkrich and Adrian Molina, follows 12-year-old Miguel Rivera, who despite his family’s baffling generations-old ban on music, dreams of becoming an accomplished musician like his idol, Ernesto de la Cruz. Desperate to prove his talent, Miguel finds himself in the stunning and colorful Land of the Dead following a mysterious chain of events. Along the way, he meets charming trickster Hector, and together, they set off on an extraordinary journey to unlock the real story behind Miguel’s family history.

In accordance with the Latinos Unidos mission to share cultural awareness this event is designed to expose others to the Mexican holiday that surrounds death, but celebrates life with loved ones. The college has purchased all rights to show the movie in public. Admission is FREE and parking will not be enforced during the event.