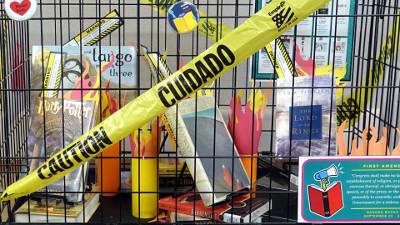 Books are still being banned and challenged today. A challenge is an attempt to remove or restrict materials, based upon the objections of a person or group. A banning is the removal of those materials. Our library display highlights books which have been censored or banned in schools and libraries around the US, so stop by and check one out this week.