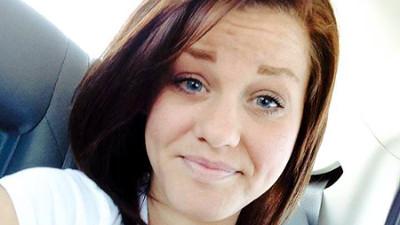 The CCCC Foundation announced the establishment of two scholarships in honor and memory of former Cerro Coso students Jessica Schrader and Patti Keith.

Patti entered the Business Office Technology Program at the college via an Introductory Excel class. She was a very enthusiastic student, returning to school in her 40’s after trying other careers. After her studies were complete Patti went to work in the Maintenance and Operations Department as an Administrative Assistant. She also assisted faculty in the Business Office Technology area, and attended advisory meetings and the California Association annual conference as a student. Unfortunately, Patti succumbed to illness and passed on January 20, 2017. Established by Professor Karen O’Connor, the scholarship honors Patti’s dedication and inspiration returning to school to find skills for a new career path and the friendships she made at CCCC.

A full-time student at the college working on her degrees in Kinesiology and Liberal Arts, Jessica Schrader played on the Cerro Coso Soccer Team. She was diagnosed with Alport’s syndrome at the age of 8, a hereditary disorder, and went through complete kidney failure at the age of 14. Jessica received a kidney transplant in May of 2009, while in high school. Unfortunately, she went into double rejection and her body started fighting against the transplant kidney in 2011. In 2013, her doctors decided to remove the kidney that was making her ill. Jessica did not allow her condition to dampen her enthusiasm for life, started taking classes at the college, and even joined the college soccer team, all while on dialysis. Sadly, Jessica lost her courageous battle against kidney disease on September 19, 2017. The scholarship was established by Professor John Stenger-Smith in memory of Jessica’s enthusiasm for life and determination to fulfill her dreams despite her illness. The college continues to mourn the loss of these intelligent women and dedicated women.