Martin Inducted into Hall of Fame 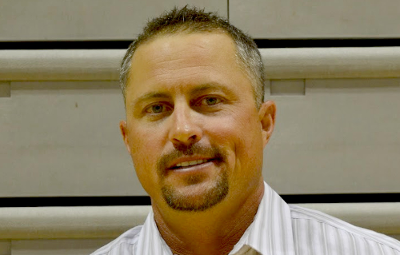 Known as a fierce competitor, former Coyote Baseball Player (1998-1999) Kevin Martin was inducted into the Cerro Coso Hall of Fame on Saturday, May 20th.

A Ridgecrest native, Burroughs High School graduate and current pitching coach, Martin’s love for baseball has been there as far back as he could remember. Specifically, he played at Cerro Coso from 1998-1999. In the ’98 season, he went 6-1 en route to making second team all-Foothill Conference and was named the team’s Most Improved player. The next year, one in which the Coyotes won the Foothill Conference title, he went 5-3, was named to the first team all-Foothill Conference, a team captain, reached the All-Star Game, and set the career record in appearances with 33.

After his days as a Coyote, Martin transferred to the University of Southern Colorado (now Colorado State University – Pueblo), where he went 16-10 in two seasons (2000 and 2001), including a regular-season conference championship and was elected to the school’s Diamond of Fame in 2002. Martin then went on to enjoy a professional baseball career from 2001-2004, where he played in the Cleveland Indians’ farm system.

Now, with a mind full of experiences and surrounded by memorabilia of his playing days, Martin reflected on his time at Coso as one where he was just one of the boys. “There are a lot of guys who have a lot of better numbers that also went on and played at different levels after that,” Martin said. But there was one thing that set him apart, he conjectured: “Coming back and coaching at Burroughs, I think that’s what the board, or whoever made the decision, is looking at. [...] It’s more of the point of what I did after that, move on and continue to give back.”

At Coso, Martin was coached by skipper Dick Adams and pitching coach John Bradley, who went on to become head coach at Burroughs High School. The times were tough but worthwhile. “Dick and John were tough coaches,” Martin said. “They were strict, and it wasn’t easy. You had to be mentally tough to play for them. Once you could get by that, once you weeded out the weak guys, and you have the core guys there who were down to buy in, that’s when you get the championship team. We had a bunch of talent, a bunch of guys who stuck around and did the grind – and it was a grind, a big grind – and we nailed it. We had a great pitching staff because of John.” In fact, the pitching staff was so well-oiled, that it had a tongue-in-cheek nickname: the Cerro Coso Track Team, not just because the pitchers ran a lot during practice, but also (Bradley) expected this, and expected that, and we produced it. “We found a way. We had a championship team solely because of that,” Martin said.

Martin’s baseball education followed him to the present day, where giving back to the community also means that he is serving as a role model. “The No. 1 thing is to set long-term goals, short-term goals, and realistic goals. Be able to adjust your goals when you don’t reach them and keep striving for those goals. It’s not where you start, it’s where you finish. If you want to be the President of the United States, go be the President of the United States. You just have to do it 110 percent better than the next guy. It’s right there for you.”