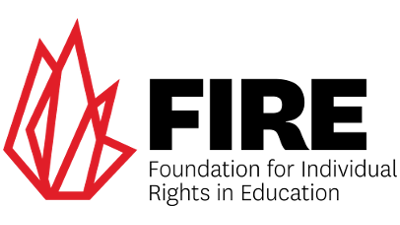 Ari Cohn, an attorney with the Foundation for Individual Rights in Education (FIRE), will speak about First Amendment issues affecting higher education on Thursday, November 10, 2016, at 7 p.m. in the Cerro Coso Community College Library.

FIRE’s mission is to defend and sustain individual rights at America’s colleges and universities. These rights include freedom of speech, legal equality, due process, religious liberty, and sanctity of conscience – the essential qualities of individual liberty and dignity.

Founded in 1999 by University of Pennsylvania professor Alan Charles Kors and Boston civil liberties attorney Harvey Silverglate after the overwhelming response to their 1998 book The Shadow University: The Betrayal of Liberty On America’s Campuses, FIRE seeks to protect the unprotected and to educate the public and communities of concerned Americans about the threats to these rights on college campuses and the means to preserve them.

An attorney, Ari Cohn joined FIRE to defend civil liberties after leaving private practice in Chicago, where he represented large multinational companies in high-stakes litigation. Ari regularly comments on First Amendment issues in the press, appearing in national and international television and radio broadcasts as well as in various print and online publications. He works with FIRE’s Individual Rights Defense Program, engaging in direct advocacy on behalf of students who have suffered violations of their rights, and speaks regularly to diverse audiences about the importance of free speech, with a particular emphasis on bridging ideological divides and finding mutual understand. Ari has authored and co-authored briefs to state and federal courts across the country, including the Supreme Court of the United States.

Ari earned his J.D. cum laude from Cornell Law School, and his B.A. from the University of Illinois at Urbana-Champaign. A native of Skokie, he studied the famous ‘National Socialist Party of America’ case at an early age, which cultivated a profound respect for the First Amendment, and a lifelong passion for free speech issues. He brings a diverse perspective on student disciplinary issues as well; as an undergraduate, he served on the University of Illinois’ student conduct hearing committee, and later returned to work as a legal intern in its Office of University Counsel. Ari is a member of the Illinois State Bar and the First Amendment Lawyers Association.

Funded by the Student Development Fund at Cerro Coso Community College, the event is FREE and open to the public.