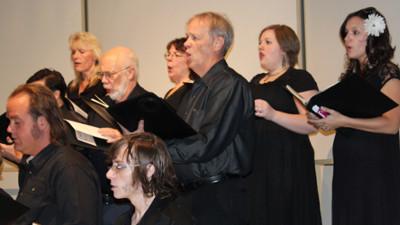 The Desert Community Orchestra, in conjunction with the Cerro Coso Community College Choir, will present a concert entitled “A Touch of Class 2016” on Saturday, April 30, 2016 at 7 p.m. in the Burroughs High School Parker Performing Arts Center.

The community is invited to come and enjoy this concert which will feature Sarah McDonald, the winner of the Young Artist auditions which were held in February. Sarah McDonald, age 21, will be the soprano soloist singing “Mein Herr Marquis” from “Die Fledermaus” by Johann Strauss. The orchestra, under the direction of Robert Martinez, will accompany the young musician in her performance.

The orchestra will also play The Wasps Overture by Ralph Vaughan Williams. Following intermission, the orchestra will be joined by the CCCC Choir under the direction of Amber Petersen for John Rutter’s “Requiem”.

The musicians in both the orchestra and the choir look forward to making this a meaningful performance that the audience will enjoy. The winners of the Peter Pinto Memorial Scholarship will be announced at the concert.

It promises to be an enjoyable concert highlighting local musically outstanding Ridgecrest youth.

Tickets are available at Red Rock Books and at the door for $11 general admission and reduced price for senior, military, and students.