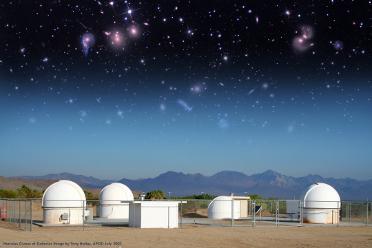 Get up to date on the most recent astronomical discoveries this fall at Cerro Coso Community College. Students will explore the science behind the latest astronomy news, enrich their understanding of the universe, and glimpse the future of this exciting subject.

The laboratory portion of the course covers optical principles, the use of telescopes and binoculars, the use of start charts and sky simulation software, and the observation of celestial objects and phenomena.

The beauty of the universe is not limited to what is immediately visible to the eyes. Deep space objects, seen through the largest of telescopes, are candidates from some of the most beautiful things ever seen by human eyes. Astronomy has revolutionized our understanding of nature, find out why it continues to do so.

Fall registration is currently underway at Cerro Coso Community College. Call a counselor today at 760-384-6260. Class and registration information is available on the web at www.cerrocoso.edu.

In astronomy, the universe is the laboratory! Fall classes begin August 23, 2014.